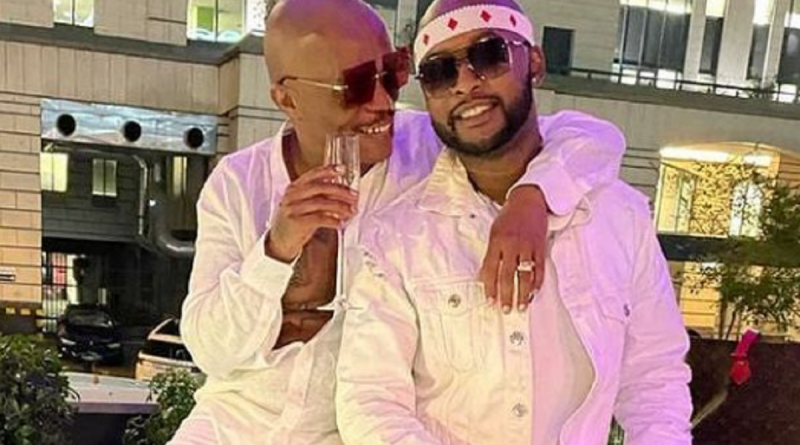 Are Somizi Mhlongo and Vusi Nova besties or what? Picture: Instagram

The latest absence of Mohale on Somizi’s social media accounts is that follow button. It appears he is no longer following his husband on Instagram.

The question whether Somizi Mhlongo and Mohale Moutang are or aren’t splitting up has been an ongoing saga in the past several months.

The couple have not commented since the time when questions were sent by journalists asking for clarification on their relationship, which was criticised by the cookbook author earlier this year.

Somizi has continued to ignore any reports and been posting up a storm with best friend Vusi Nova who he calls his “bestie”. The pair have been a frequent feature on the Idols SA judge Instagram page with pictures of them vacationing and supporting each other’s business ventures and music.

The latest absence of Mohale on Somizi’s social media accounts is that follow button. It appears he is no longer following his husband on Instagram. Mohale is still following her Somizi on Instagram. Picture: Screengrab

The South African National Editors’ Forum (Sanef) called for action against the media personality after he publicly shared two journalists’ details and messages after they had tried to get comment on reports that his marriage was on the rocks in January.

Somizi says his issue with the media is they have attacked his personal life and now the media play victim when it is done to them.

To fuel the rumours in March, a screenshot of a report was tweeted claimed that Mohale had served divorce papers on Somizi. Mohale said he was unaware of the tweet and didn’t say anything further on whether it was true or not when The Citizen asked for comment.

Somizi has since declared his relationship off limits as it is part of his personal life.