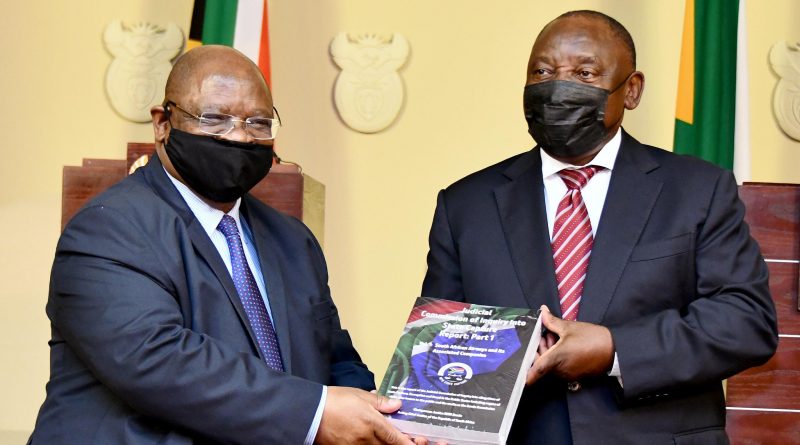 The official handover ceremony took place at Union Buildings in Pretoria on Wednesday, 22 June 2022, just after 18:30.

The report was set to be submitted on Sunday, but the commission said it encountered some challenges, prompting it to postpone the handover.

As per an order by the High Court in Pretoria, the last section of the contentious report was to be submitted to the Presidency by 15 June 15. Just days prior, Ramaphosa’s office said it would be publicly released on Friday morning, 17 June 2022. It was initially set to be released in April, but the State Capture Commission, which Zondo chaired, was granted another extension to allow for the team to tie up loose ends.

Chief Justice Raymond Zondo said he and his team at the commission have had sleepless nights finalising the much-anticipated report and further apologised for the endless delays.

While he didn’t explain what the hold up has been, Zondo stressed that it was unavoidable.

“There were certain challenges but we were determined that the handover should happen today. I really appreciate your patience and understanding. For the past more than two to three hours. I really apologise,”

It was just days ago that both Zondo and Ramaphosa caught heat for a “secret” meeting they had at the same time the release of the State Capture Report was delayed. Ramaphosa was accused of trying to interfere with the commission’s work, particularly because the report likely implicates some of his comrades in the ANC.